Why Conservation Management of Japan's Meiji Industrial Sites is needed? 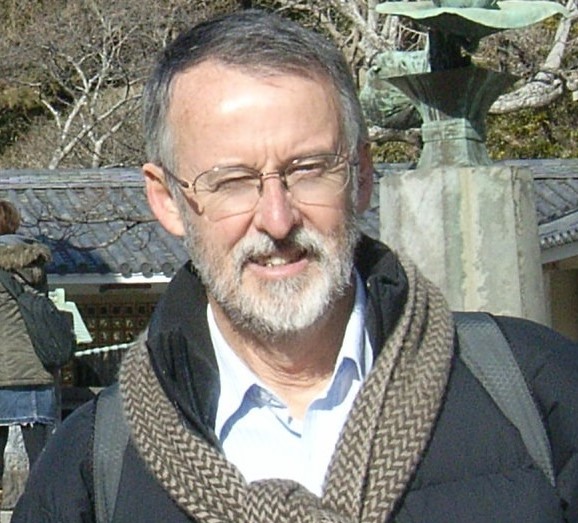 Dr. Michael Pearson is an archaeologist and heritage conservation specialist who has held senior positions in Australian government heritage organisations and as a consultant. He has worked on a number of World Heritage nominations in Australia and Japan, and consulted on World Heritage nominations in China. He also works in Antarctica with archaeological teams in projects run by Australia, New Zealand, Chile and Brazil, and has been on 10 expeditions there. Michael is a member of ICOMOS and TICCIH, and is a former President of Australia ICOMOS, former Chairman of the ACT Heritage Council and of the Institute for Professional Practice in Heritage and the Arts at the Australian National University, and is currently President of the ICOMOS International Polar Heritage Committee. Michael has worked and published extensively on industrial sites and heritage, including mining heritage. He was awarded the Order of Australia (AO) for distinguished service to cultural heritage conservation and management, through contributions to professional organisations, and as an educator and researcher.

--- How did you come to be involved with Sites of Japan’s Meiji Industrial Revolution?

In 2008 the then Kyushu Yamaguchi Industrial Heritage Consortium, through Koko Kato, reached out to TICCIH and ICOMOS to help locate people with related industrial and World Heritage experience overseas, to potentially help in the development of a proposed nomination of ‘selected sites’ for World Heritage. I made a submission as a member of Australia ICOMOS and TICCIH with World Heritage experience, and was invited to an initial inspection. The initial inspection team in January 2009 was myself, with Barry Gamble and Stuart Smith of the UK (with, of course, Koko Kato), and we continued on as advisors to the process from that time onwards.

Our involvement has continued after the successful listing of the Sites of Japan’s Meiji Industrial Heritage in 2015, providing advice on the management of the industrial World Heritage, particularly those that are still in active industrial operation, a context for heritage conservation not then familiar in the case of Japan.

--- What is the global importance of the heritage of modernization and industrial heritage?

I took some time to refine the approach to the nomination in how it characterised the industrial development of Japan in World Heritage terms. Many aspects of the modernisation of Japan during the Meiji era were unusual and important in Japanese history – but not all of them could be framed as having Outstanding Universal Value to the whole world, as required for World Heritage nomination. We looked at a range of the changes brought by modernisation - ceramics, transportation, lighthouses, post offices, railways and battle sites, but eventually identified the drivers of Japan’s industrialisation and world impact as being related to coalmining, steel production and shipbuilding.

These were central to Japan’s adoption and adaptation of the industrial revolution on its own terms for its own purposes, and marked Japan as being the first non-Western nation to successfully undertake industrialization. By the end of the Meiji era Japan was a world industrial power, and had succeeded in this while avoiding becoming a colonial outpost of Europe.

--- We’ve heard you have worked on a number of World Heritage nominations in Australia as an archaeologist and heritage conservation specialist so far. Could you please explain more details about your career to date?

My early career was as a manager of cultural heritage sites in national parks, then as Deputy Executive Director of Australia’s version of the Bunkacho, the Australia Heritage Commission. In 1993 I left the public service to establish a consultancy firm in cultural heritage management.

One of the projects Duncan Marshall and I worked on was the research and identification of the sites that would be assessed for the Australian Convicts Sites World Heritage nomination, as well as some work on comparative assessments internationally. I am currently a member of the Conservation Advisory Committee for Port Arthur Historic Suite, one of the component parts of the Convicts Sites series. I have also worked extensively for ICOMOS on World Heritage Technical Reports, nomination assessments and Monitoring Missions across Asia. My other passion is Antarctica, and I have worked as an archaeologist and heritage planner on explorer huts and early 19th century sealing sites, taking part in 10 field expeditions so far.

1 2 3 4 NEXT >>
Backnumber＞ALL
Vol.50
What is the secret plan to make the Port of Miike, an operational asset of a World Heritage site?