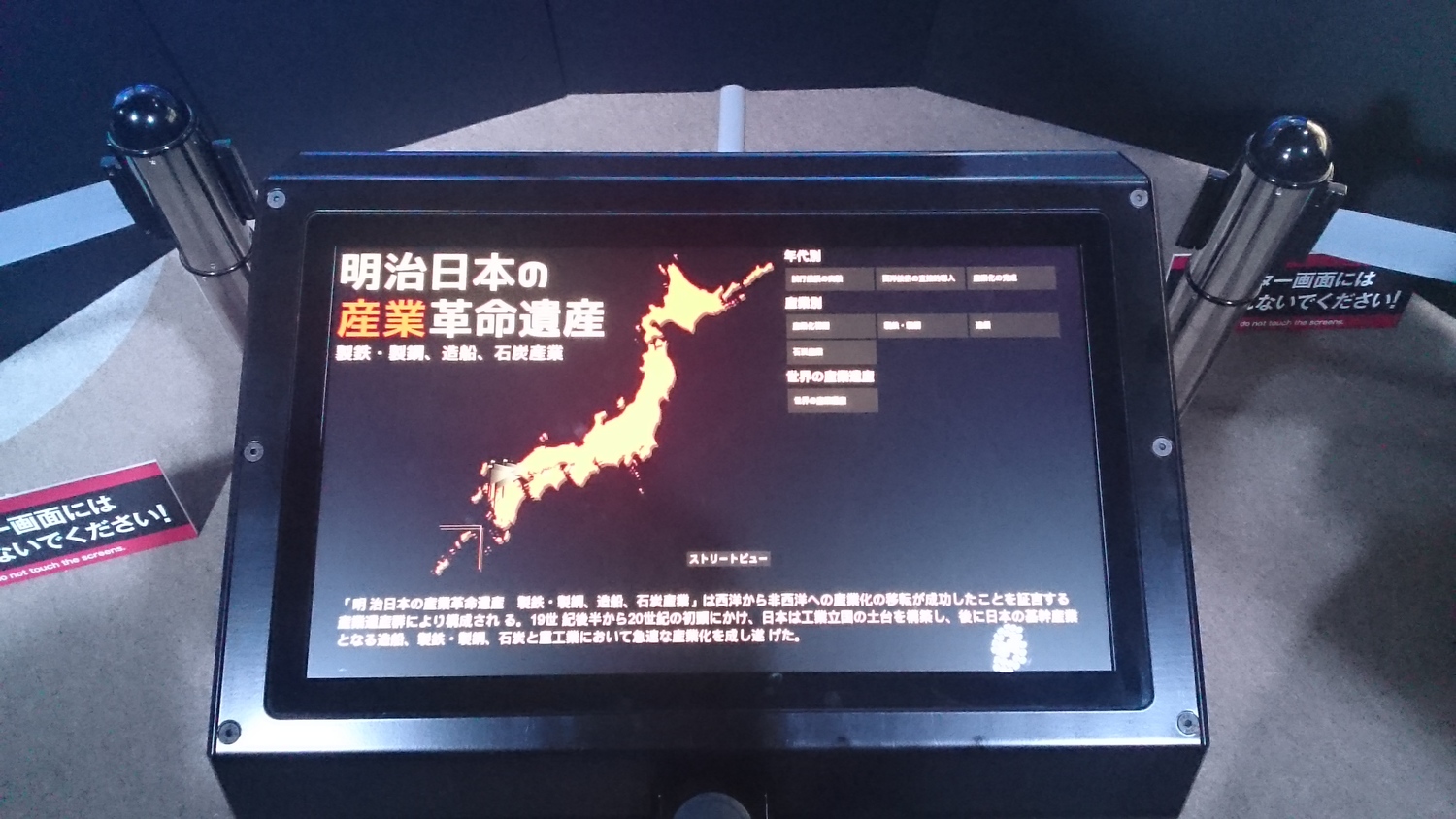 The Platform
The "Liquid Galaxy" utilizes several servers to show Google Earth and panoramic images that surround the viewer in an immersive display setting. Each display shows a full HD 1920 x 1080 resolution image, and each is adjusted for the correct viewing angle in an arc around the viewers.

Liquid Galaxy began as a Google project and is now an open source platform utilized in over 50 locations around the globe by large companies, universities, museums and aquariums, including the Air & Space Museum in Washington DC and the Musée Océanographique in Monaco.

With this platform, we can show the various locations of "Siites of Japan Meiji Industrial Revolution" Heritage as they appear on the globe, and combine photos and videos to give a full sense of location for each specific location.

The Technology
The Liquid Galaxy runs on the Ubuntu Linux operating System and uses 3 servers: a head node to control Internet access, and two display nodes that power 4 screens each. The platform can be used to drive many screens, such as the 48-screen system at the Pavillion de l'Arsenal in Paris. The touchscreen can be customized to fit the theme and information of the presentations.