I wish to pass on to my children's generation the wisdom, technology, and energy of our ancestors who built Misumi West Port - I will do my very best to do what I can at this moment by looking ahead to the future that will surely come after COVID-19. 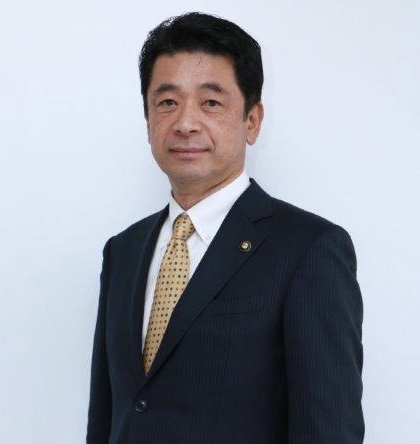 Graduated from Chuo University in 1983 with a degree in law, and while working as a judicial scrivener and Chairman of a nursing home, he was first elected to the Kumamoto Prefectural Assembly in 2003, serving three terms of ten years.

He was first elected mayor of Uki in February 2001 and is currently serving his third term at the age of 62.

Misumi West Port located in Uki City, Kumamoto Prefecture, was one of the three largest ports built in the Meiji period, along with Nobiru Harbor in Miyagi Prefecture and Mikuni Port in Fukui Prefecture. The construction of the port began when then prefectural governor, Mr. Keimei Tomioka, focused on the construction of a trading post. It was designed by Rouwenhorst Mulder, a Dutch hydraulic engineer dispatched by the Meiji government, and constructed by stonemasons from the city of Amakusa. After three years of construction, the port was opened in 1887. About 130 years have passed since then, and the port still retains its original appearance.

Kato Of the three major ports built in the Meiji period (1868-1912), Misumi West Port is the only one that still exists today, and its 756-meter-long masonry wharf and waterway were designated an Important Cultural Property of Japan in 2002. I've visited the city of Uki several times and it is a really lovely place with a Dutch-like ambiance and a touch of the Meiji era. Just crossing the Five Bridges of Amakusa and driving along the coastline is enough to get you excited. It is probably the most beautiful place in the Group of Sites of Meiji Industrial Revolution. It is also wonderful to see the remains of quaint buildings such as the Ryu-jo Kan and the old Misumi Shipping Warehouse. I sincerely hope that many people will visit the site. 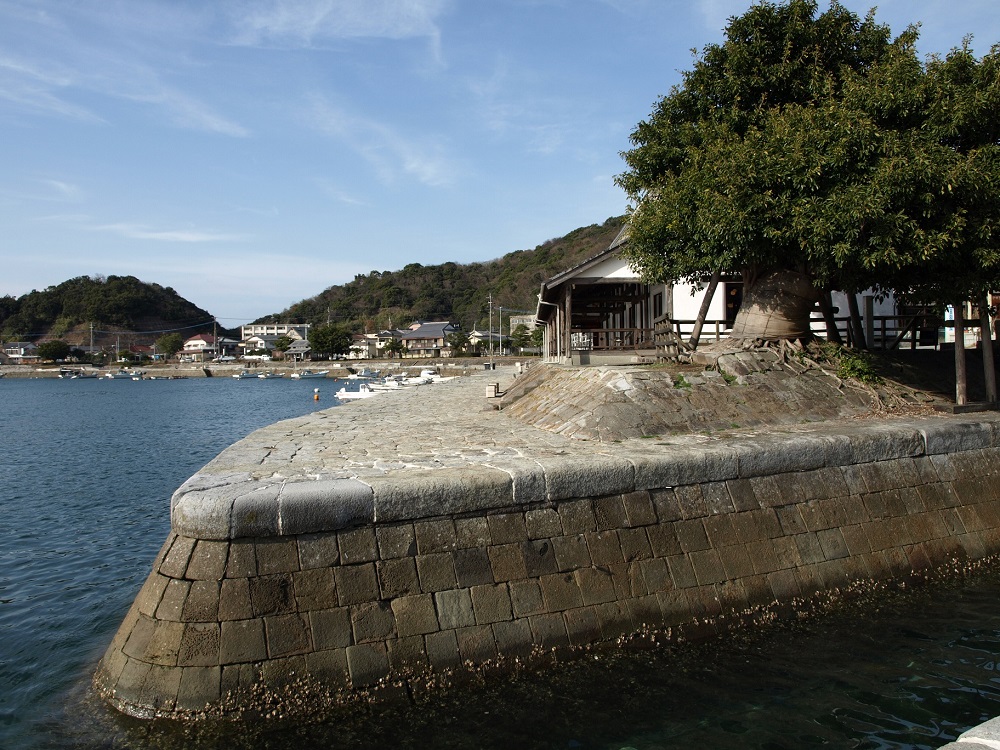 Morita Thank you very much. The Ryu-jo Kan now serves as a guidance facility for the Misumi West Port and Sites of Japan’s Meiji Industrial Revolution.

The former Misumi Shipping Warehouse was restored in 1988 and reinforced last year, and is now being used as a restaurant. The restaurant is popular at all times of the day, but it is mainly known for its particularly beautiful sunset from the terrace.

The town area also still has some buildings left from the past. It is home to some of the most technologically advanced buildings of the time, such as the old Udo District Office and the old Misumi Summary Court. It is also widely known as the filming location for the NHK drama "Clouds over the Hill" and two movies “Rurouni Kenshin: Kyoto Inferno” and "Rurouni Kenshin: The Legend Ends." 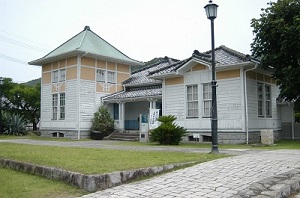 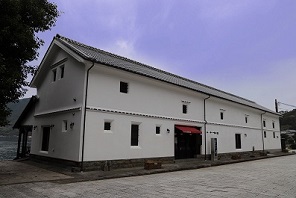 Kato I see. It is certainly an ideal location for a film about Japan at the end of the Edo period. However, the most impressive thing is the Misumi West Port. It was selected as one of the component facilities of the "Sites of Japan’s Meiji Industrial Revolution" in recognition of two major facts: it is a port city built by the accumulation of traditional Japanese stone-cutting techniques of carving mountains and reclaiming the foreshore, and the fact that the rational development of urban infrastructure is still almost completely intact.

Morita In 1889, the Misumi West Port was designated as a special port of export by the Japanese government and began to export five commodities: rice, wheat, wheat flour, coal, and sulfur. Thus, it prospered as one of Kyushu’s major distribution or trading centers. Coal, in particular, was transported from Miike Coal Mine to Misumi West Port, where it was reloaded onto large steamships for export to Shanghai, China.

Kato I see, so it is for this reason that the Misumi West Port was instrumental in the development of the coal industry and, in turn, was deeply involved in the industrial revolution of Meiji Japan.