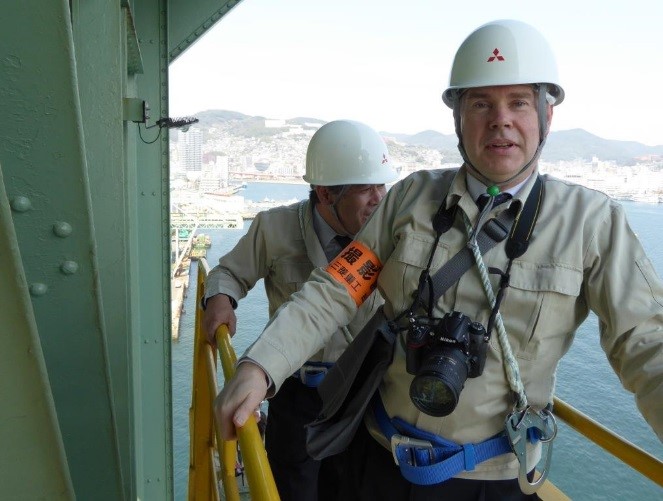 In 1987, I was very lucky to discover and help rescue some abandoned industrial records in the recently closed factory of Sir William Arrol & Co of Glasgow, builders of the Forth Bridge. In amongst the records were drawings and photographs of Giant Cantilever Cranes across the world, two of which just happened to be in Nagasaki Prefecture. Since then, I have had the pleasure of working with Dr Brian Newman of Newcastle University, whose own research has demonstrated the importance and iconic significance of these cranes, and of the Nagasaki Crane in particular.

At the same time, the importance of Nagasaki’s Scottish links have been further emphasised by the celebration of Thomas Blake Glover, and his decision to build Mitsubishi’s Kosuge Dock using equipment and technology from his home city of Aberdeen. With this in mind, and having heard more about the Meiji industrial sites World Heritage nomination when attending the TICCIH 2012 congress in Taiwan, I thought it would be worth proposing Nagasaki be taken on as the final Scottish Ten site. 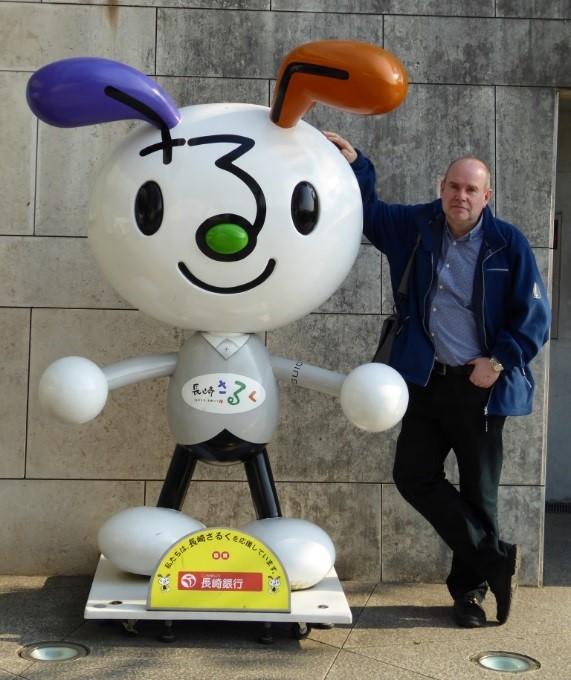