The Sites of Japan's Meiji Industrial Revolution: The Roots of Japanese Craftsmanship and Industry 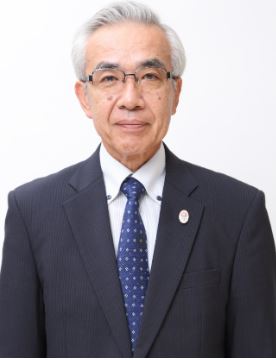 Around the time I had retired from MLIT and was serving as chair of the Harbor Modernization Promotion Committee, Diet member Mr. Mutsuki Kato’s secretary, Mr. Katayama, contacted me and asked me to meet Kato’s daughter. That was my first meeting with Ms. Koko Kato and how I got involved with this World Heritage project. Back then, I knew very little about industrial heritage matters, but Ms. Koko Kato explained the project to me in great detail.

I was intrigued by her focus, but she told me there was a problem. “What is the problem?” I asked. “The fact that our proposal includes working properties,” she responded. The Agency for Cultural Affairs is the government administrative body responsible for World Heritage inscriptions. However, if industrial installations were registered as cultural properties under the Agency’s system, it would require considerable time and the approval of numerous offices to make any modifications thereafter. And that was as it should be. However the effect was to make companies that owned working industrial properties balk at having them inscribed as world Heritage sites.

At the time, Ms. Koko Kato was visiting the companies that owned the industrial installations in question. When I first met her, she was visiting everyone with any kind of connection to the Miike Port to try to persuade them to have their working properties inscribed into UNESCO’s World Heritage List. The response, however, was, “If we do that, we won’t be able to continue using our facilities. We don’t need to have them declared a World Heritage.” She had repeatedly tried to change their minds, but to no avail. Now she had come to me for help. What should she do?