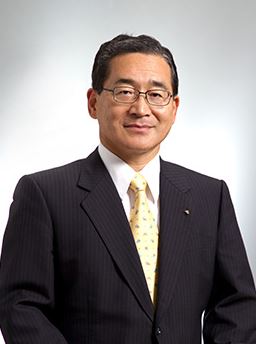 Tell us how the efforts started to apply for the World Heritage inscription of the Sites of Japan’s Meiji Industrial Revolution.

Ito: It all began when Ms. Koko Kato and I met with Dr. Stuart Brian Smith, an authority on industrial heritage and the former secretary-general of the International Committee for the Conservation of the Industrial Heritage (TICCIH). He noted that Japan was the only country in Asia that had transformed itself into an industrial power in just 50 years by integrating the technology and culture of other nations with its own traditional technologies, and went on to say this made Japan unique in the world and gave high added value to its industrial heritage.

Much of Japan’s industrial heritage is concentrated in Kyushu, a testimony to the considerable efforts and foresight of Nariakira Shimadzu and other leaders of the former Satsuma domain. I was intrigued by the idea of applying for World Heritage inscription and also felt this would be a meaningful project for the region.

We decided to start with the sites in Kyushu and held a symposium in July 2005 under the sponsorship of Kagoshima Prefecture. The outcome of the symposium was the Kagoshima Declaration launching the official drive for World Heritage inscription. We defined our concept, formed our consortium, and in June 2006, the Kyushu Prefectural Governors Conference adopted as a shared policy objective “the conservation and use of modern industrial heritage sites in Kyushu.” With this we applied ourselves in earnest to promoting the project for World Heritage inscription.

1 2 3 NEXT >>
Backnumber＞ALL
Vol.40
To Mark the Passage of "Time" Together with Nirayama Reverberatory Furnace ～To increase the attractiveness of "reverberatory furnace tourism" through the use of commercial museum and restaurant business～

Mr. Hironori Inamura
Vol.38
In Industrial Heritage, It's the "People" Who Play the Central Role: How World Heritage Inscription Casts a Fresh Light on Hometown Splendors