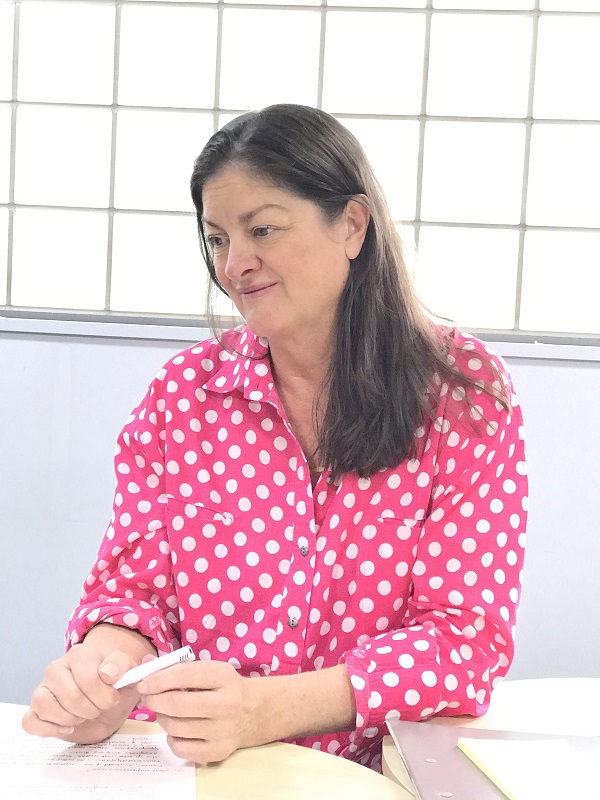 Ms. Sarah Jane Brazil is a World Heritage Consultant. She is an advisor to the preservation and management of the Sites of Japan’s Meiji Industrial Revolution and to its interpretation. On her first visit to Japan, she said, “I was struck by how much work is constantly required in the process of inscribing 23 complex component parts on the World Heritage List.” This time, she came back to Japan to formulate an interpretation strategy after the inscription of the World Heritage Site. We asked her about her history up to this point and her future challenges.

――Ms. Brazil, you are a specialist in the preservation of Australia's historical heritage. In regards to the “Heritage of Industrial Revolution of Meiji Japan,” you came to Japan initially as a researcher for ICOMOS, to objectively assess the suitability of the site for inclusion in the World Heritage List. This time, as one of the overseas experts, you gave a variety of advice on how the conservation management and interpretation of this heritage site ought to be conducted.

Ms. Brazil: That is right. My first visit to Japan was in 2014. My role was to assess, from a neutral and objective standpoint, whether or not the “Sites of Japan’s Meiji Industrial Revolution” had historical value worthy of being inscribed as a UNESCO World Heritage Site, and whether or not there were sufficient conservation and management systems in place. At this time, I went around all 23 component parts. Authenticity and integrity are the prerequisites that ICOMOS seeks for in a World Heritage Site. In addition, we conducted on-site surveys of each component part’s preservation and management systems. Based on that, we prepared a report and submitted it to ICOMOS.

――In Japan, this was the first time that an application for inscription was made using the serial nomination method, which consists of multiple historical heritages. So there was a lot of tension on the part of the people concerned in Japan.

Ms. Brazil：Yes, it would seem so. More so, it was the same for us investigators. I was also very nervous. This was the first time that I had been in charge of assessing such a large and complex historical heritage site.

――Prior to that, what kind of World Heritage Sites were you in charge of at ICOMOS?

Ms. Brazil：Mainly, it was the management of the inscribed World Heritage Site. Specifically, I managed challenges that can arise after the site is inscribed as a World Heritage Site. One example is the World Heritage Site of New Lanark in Scotland, UK. It consists of cotton spinning-related factories, workers’ housing, and others from the Industrial Revolution in the UK at the end of the 18th century. Like the “Sites of Japan’s Meiji Industrial Revolution,” it is a complex historical heritage registered as a partnership between the public and private sectors, including privately-owned facilities. I also had some pretty tough negotiations with local people over the preservation and management of the property. In particular, it was necessary to negotiate the social and economic benefits to the local community of this World Heritage Site’s conservation management and interpretation.

――Other than that, what kind of career have you had?

Ms. Brazil：I have been involved in World Heritage and historical heritage for a long time. In my home country, I am a member of an Executive Committee of Australia ICOMOS. I was also involved in the creation of a list of national heritage sites selected by the government, including the Old Parliament House in Canberra. Apart from that, I have also set up an organization to select the best practices from within our national heritages. In this context, I have been involved in educating the younger generation about a wide range of conservation and restoration.