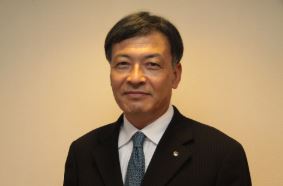 (now Ministry of Land, Infrastructure and Transport (MLIT) after administrative reforms in 2001)

How did you get involved in the project to promote the Sites of Japan’s Meiji Industrial Revolution?

My involvement began in 2010 when Ms. Koko Kato visited the Kyushu Region Development Bureau. I was deputy director-general of the bureau at the time. She explained that she was promoting an effort to get industrial heritage sites in Kyushu, Yamaguchi, Kamaishi, and Nirayama inscribed as World Heritage sites. One of those sites, Miike Port, was still in operation and was an economic facility that would need to constantly change so as to remain competitive. But the conservation requirements of the Act on Protection of Cultural Properties would adversely affect the facility’s operations. Was there some way to solve this problem? I responded without hesitation, “Apply the provisions of the Port and Harbor Act.” And that’s how it all started.

Why would the Act on Protection of Cultural Properties adversely affect port installations that are still in operation?

As the name implies, the Act on Protection of Cultural Properties aims to protect and manage properties so that they will not change. Miike Port, however, is a constantly developing industrial port. This kind of economic facility has to keep changing or it will no longer be competitive or able to maintain its value as an industrial port. The provisions of the Act on Protection of Cultural Properties are difficult to apply for operational heritage assets.