The Meiji Industrial Revolution: A Story of Broad Vision and a Strong Sense of Mission to Undertake New Challenges for the Good of the Nation and its People 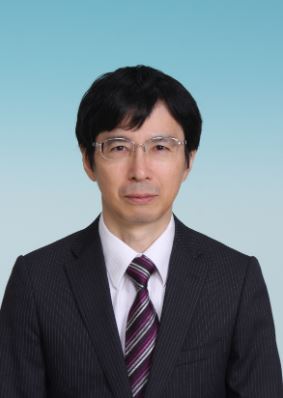 Born on December 8, 1961 in Saga Prefecture. Graduated from the University of Tokyo Faculty of Law in 1986. Spent his childhood in Fukuoka City, moving to Tokyo and then Yokohama where he attended and later graduated from a Kanagawa prefectural high school. His ties to Kyushu, the place of his birth, are strong. Both parents are from Kumamoto Prefecture and one of his grandmothers is from Kagoshima Prefecture. He also got to know the city of Omuta in Fukuoka Prefecture when he visited his uncle there as an elementary school student. At the time, his uncle was employed there by Mitsui Mining & Smelting Co., Ltd. As a producer at NHK (Japan Broadcasting Corporation), his father was involved in the production of “Higata no Umi” (Ocean Mudflats), a segment on the Ariake Sea of Kyushu that was broadcast as part of the NHK TV series, Shin Nihon Kiko (Japan Journeys).

In April 1986, he joined the then Ministry of Education (now the Ministry of Education, Sports, Culture, Science and Technology (MEXT) after the merger with the Science and Technology Agency in 2001) where he held a number of positions. In April 2006, he was put in charge of World Heritage matters as the Director of the Monuments and Sites Division, Cultural Properties Department in the Agency for Cultural Affairs. In July 2007, he was appointed Director of the Local Facilities Aid Division in MEXT’s Facilities Department, and in July 2009, he was appointed Director of the Elementary and Secondary Education Bureau and put in charge of school management support. In August 2010, he became Director of the Research Promotion Bureau’s Information Division where he oversaw the K Computer project. In May 2012, he was appointed as a Counsellor in the Cabinet Secretariat (Assistant Chief Cabinet Secretary) while also acting as the director of the office for the promotion of World Heritage inscription of life and industrial heritage sites where he oversaw the Sites of Japan’s Meiji Industrial Revolution. Since August 2015, he has held the position of Deputy Director-General of MEXT’s Lifelong Learning Policy Bureau.

Japan became a signatory to UNESCO’s World Heritage Convention and submitted its first nominations for world heritage sites in 1992. There were 12 provisional nominations on the List that year. At that time, the Agency for Cultural Affairs was solely responsible for selecting sites in Japan for nomination and there were no calls for public recommendations.

In November, the Kyushu Prefectural Governors Conference submitted a proposal to the Agency for Cultural Affairs to nominate the Sites of Japan’s Meiji Industrial Revolution for World Heritage inscription. At that time, the project was named the “Modern Industrial Heritage Sites in Kyushu and Yamaguchi” and as the name implied included sites in Yamaguchi as well the prefectures of Kyushu, but not the cities of Kamaishi (Iwate Prefecture) or Nirayama (Shizuoka Prefecture). The application was made in the name of six prefectures and eight cities (Hagi, Kitakyushu, Omuta, Nagasaki, Karatsu, Uki, and Kagoshima).