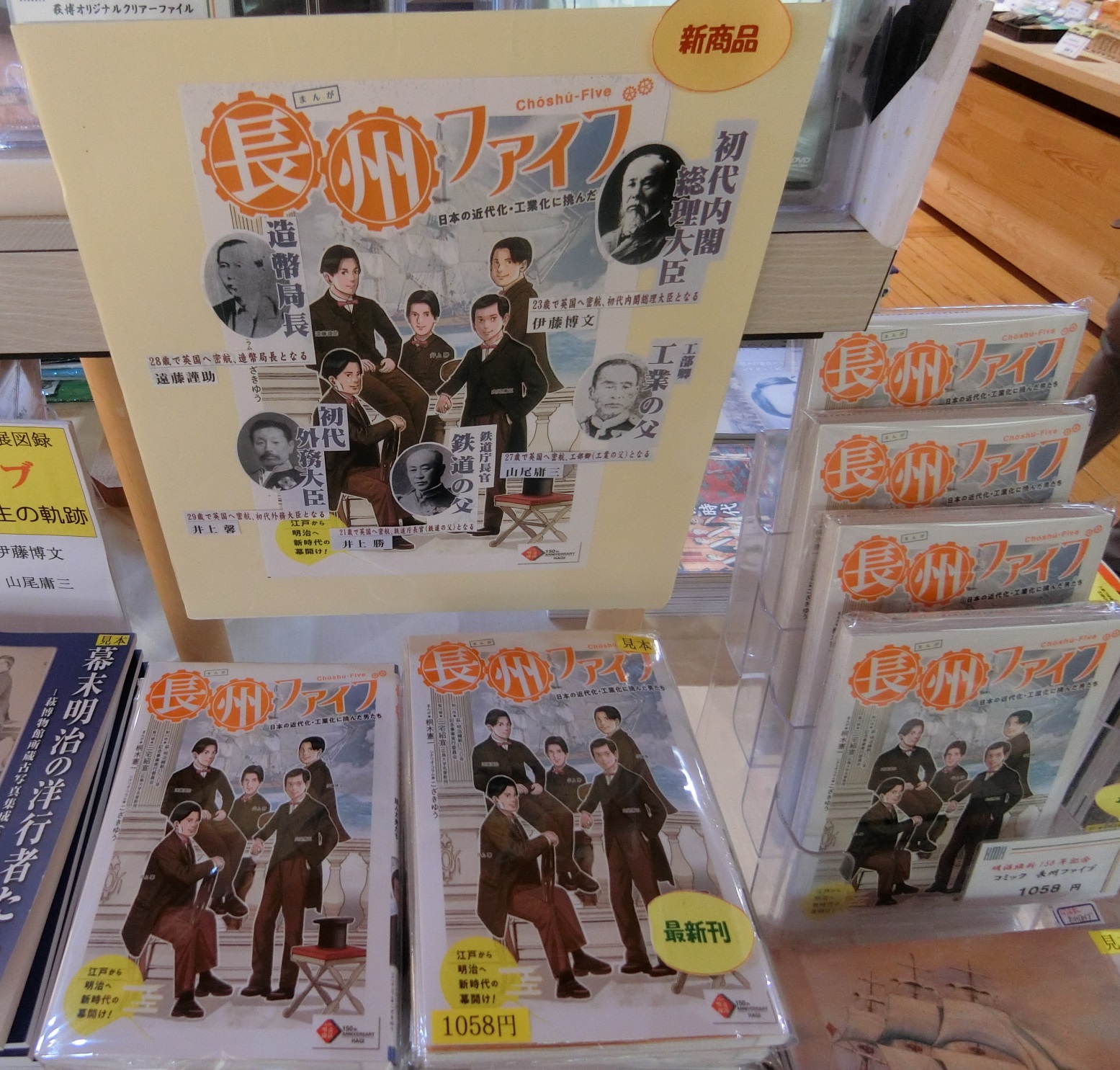 Choshu Five comic book is on sale in Japan

Choshu Five comic book is on sale in Japan. (It's in Japanese.) It was first started to be sold in Hagi, but is now available nationwide. In 1863, five young men from Choshu (Hirobumi Ito, Yozo Yamao, Kaoru Inoue, Masaru Inoue and Kinsuke Endo) left western Japan on their clandestine voyage to the United Kingdom. Under the Tokugawa isolation policy, any attempt to leave the country was strictly forbidden. When the Choshu Five returned, they were determined to build a new Japan based firmly upon an industrial economy. They chose rapid industrialisation as the strategy to preserve national independence, free from foreign political and economic subordination.